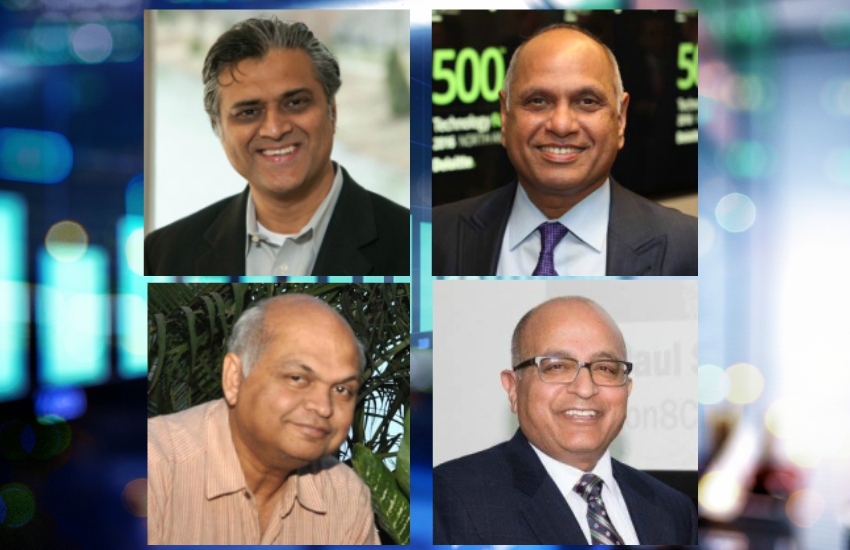 Initial investments are often critical to a company's ability to create momentum -- the bigger the idea, the more vision is needed by investors willing to be first. At this month's TiE Tuesday, we are joined by four active angel investors who have dedicated themselves to fostering entrepreneurship AND are well-known to our community as past TiE DC Presidents!

PV Boccasam (moderator): From entrepreneur and CEO to venture investor, turnaround expert and coach, PV has played key roles across the ecosystem of growing businesses for over 25 years. Before joining mid-Atlantic early-stage venture fund Novak Biddle as a General Partner, PV was the founder of enterprise software companies, Approva Corporation (acquired by Infor) and Entevo Corporation (acquired by Bindview Corporation). He began his career at Microsoft, managing enterprise-class products and directed consulting services. PV has guided growth in dozens of companies across a number of marketplaces, including: identity/application provisioning, continuous controls monitoring/ (GRC), and carbon accounting, digitizing global supply-chains, business intelligence & process, AI focused on recruitment, cyber and wealth intelligence. He is currently the CEO of WealthEngine.

Hemant Kanakia: Now a global angel investor, Hemant was a general partner at Columbia Capital, primarily focused on early-stage technology investments.  Before joining Columbia Capital, he was founder and CEO of Torrent Networking Technology, (acquired by Ericsson for $500 million) and co-founder of Photuris (acquired by Meriton) and Gemplex, Inc. (acquired by Tata Telesystems). Previously, Hemant served on the boards of many private companies as well as on the board of trustees for Virginia Tech and Case Western Reserve University. He is currently focused on mentoring young entrepreneurs in India through India Angel networks and has invested in dozens of early stage companies in the education, technology and healthcare sectors.

Satya Akula: President and CEO of Amyx, an award-winning cybersecurity and IT consulting firm serving U.S. defense and civil agencies. Satya is both an experienced and energetic CEO, as well as an active angel investor. Previously, as founder and CEO of AC Technologies, he grew it as one of Virginiaâ€™s fastest growing companies to $60M+ annual run rate with 400 employees before its acquisition by PEC Solutions, a NASDAQ company. AC Technologies was listed many times as among the top 100 privately held companies owned by Asian-Indian Americans. Satya is an active early stage investor, having invested in more than 20 companies and serving as a mentor to budding entrepreneurs. During his tenure as the President of TiE-DC, he started the chapter's TiE Young Entrepreneurs (TYE) workshop and business plan competition for high school students.

K. Paul Singh: Founder of Rezon8 Capital, Paul is a globally-recognized entrepreneur and executive with a history of guiding successful companies in the telecom sector. Prior to Rezon8, Paul served as co-founder, Chairman & CEO of Primus Telecommunications, a global telecommunications company that he grew to $1.2 billion in revenue in the first 6 years of operation. Earlier, he was the founder, Chairman & CEO of Overseas Telecommunications, Inc. (OTI), which was named the 80th fastest growing company on the 1990 Inc. 500 list. Paul is a recipient of numerous awards, including a 2003 Stevie Award, the 2000 Ernst & Young Entrepreneur of the Year Award, and the 2017 TiE DC Legends Award. He was also named, "#1 Top Performing CEO of Public Companies" with an annual revenue between $100 million and $999 million in the DC-area by the Washington Business Journal in October 2010.

For early stage entrepreneurs, learn how to position your company to be successful with angel investors. For those considering angel investing, find out what's happening in this space and how to identify great opportunities.