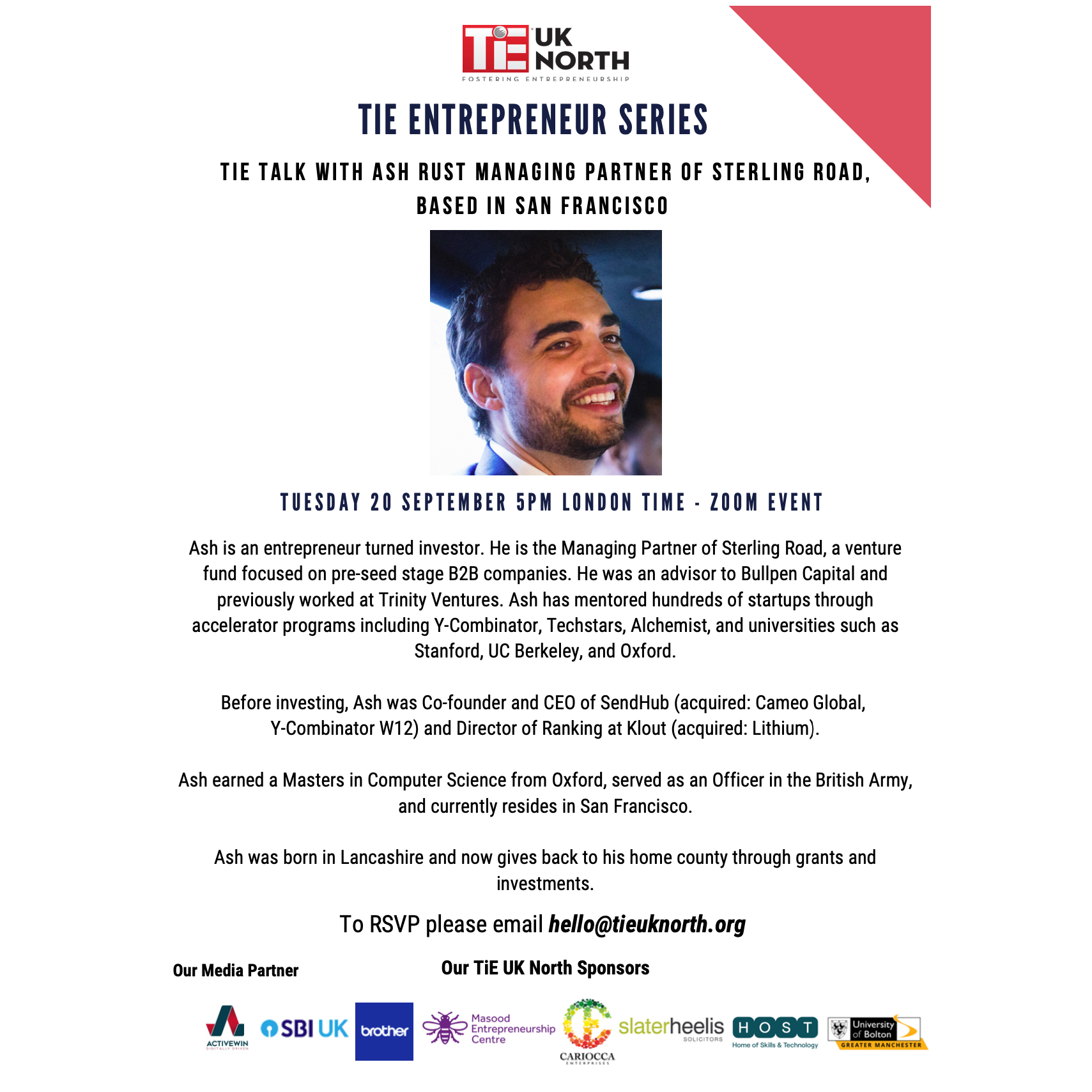 Ash is an entrepreneur turned investor. He is the Managing Partner of Sterling Road, a venture fund focused on pre-seed stage B2B companies. He was an advisor to Bullpen Capital and previously worked at Trinity Ventures. Ash has mentored hundreds of startups through accelerator programs including Y-Combinator, Techstars, Alchemist, and universities such as Stanford, UC Berkeley, and Oxford.

Before investing, Ash was Co-founder and CEO of SendHub (acquired: Cameo Global,

Y-Combinator W12) and Director of Ranking at Klout (acquired: Lithium).

Ash earned a Masters in Computer Science from Oxford, served as an Officer in the British Army, and currently resides in San Francisco.

Ash was born in Lancashire and now gives back to his home county through grants and investments.