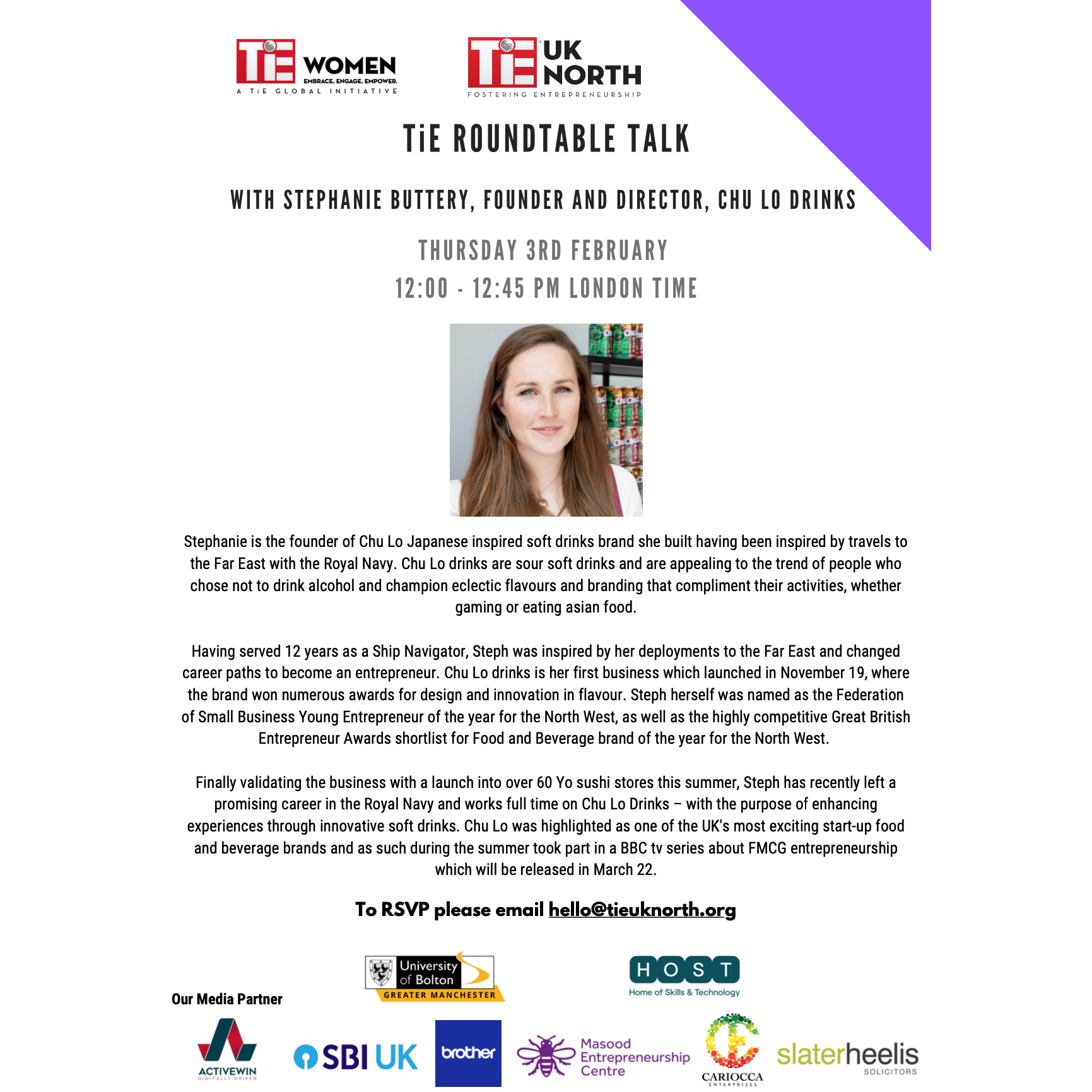 Stephanie is the founder of Chu Lo Japanese inspired soft drinks brand she built having been inspired by travels to the Far East with the Royal Navy. Chu Lo drinks are sour soft drinks and are appealing to the trend of people who chose not to drink alcohol and champion eclectic flavours and branding that compliment their activities, whether gaming or eating asian food.

Having served 12 years as a Ship Navigator, Steph was inspired by her deployments to the Far East and changed career paths to become an entrepreneur. Chu Lo drinks is her first business which launched in November 19, where the brand won numerous awards for design and innovation in flavour. Steph herself was named as the Federation of Small Business Young Entrepreneur of the year for the North West, as well as the highly competitive Great British Entrepreneur Awards shortlist for Food and Beverage brand of the year for the North West.

Finally validating the business with a launch into over 60 Yo sushi stores this summer, Steph has recently left a promising career in the Royal Navy and works full time on Chu Lo Drinks – with the purpose of enhancing experiences through innovative soft drinks. Chu Lo was highlighted as one of the UK's most exciting start-up food and beverage brands and as such during the summer took part in a BBC tv series about FMCG entrepreneurship which will be released in March 22.