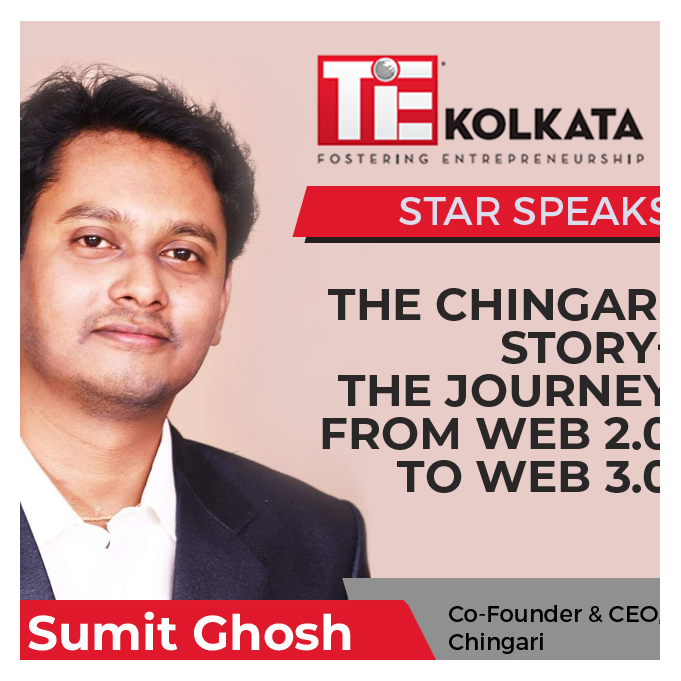 TiE Kolkata Star Speaks: The Chingari Story - The journey from Web 2.0 to Web 3.0

About the session : A lot is happening in the crypto world and Chingari has fueled the token fire in India with the launch of GARI token. Chingari, is India’s first video sharing app that incorporates blockchain. Launched in 2018, Chingari had achieved one of its biggest successes in 2020, when the app was recognized as the best app by the Government of India by winning the Atmanirbhar Bharat Best App award. Chingari is not just an Indian story. It is the story of an homegrown consumer internet company from India that has revolutionized the creator economy of India and is now the biggest social media company that has pivoted to Web3.

Join us as we host Sumit Ghosh, the Chingari founder in our session and discuss the various topics related to their token strategy, on decentralization, on web3.0, the scene for startups and a lot more.

Speaker Profile : Sumit has grown Chingari to 28 million user base organically in less than 3 months. Bengaluru-based short video app Chingari has not slept a wink in the last 48 hours. Ever since the news of the ban on the Chinese app TikTok hit the headlines, there has been a raid on Chingari. It was launched in 2018, had about 6 lakh users when all hell broke loose last week as it got over 25 lakh subscribers on Google Play Store.