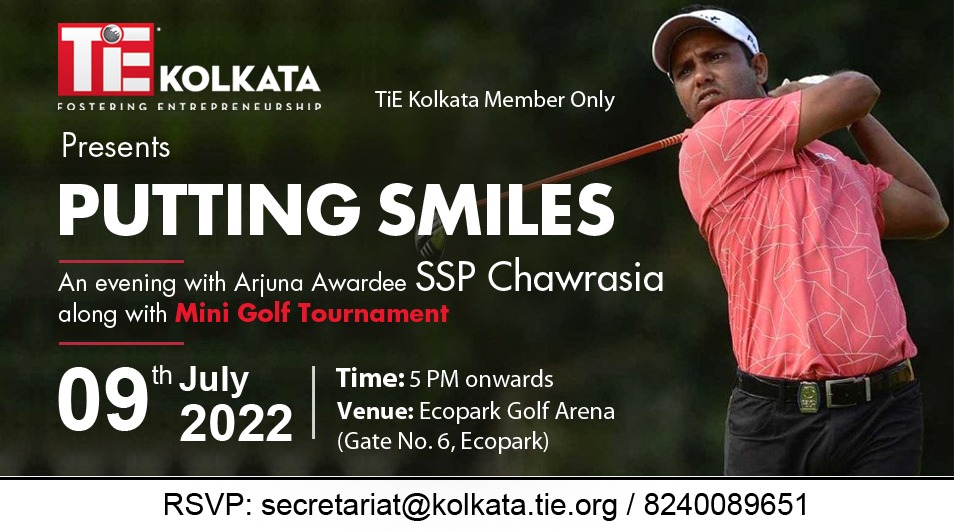 TiE Kolkata is pleased to invite you all to our next Star Speak session, which will not only have a star speaker but at the same time will also include a Mini Golf Tournament supervised by trained professionals.

1. The story of the amazing journey of the Poster Boy of Indian Golf from the Star himself from being a ball boy to caddie to Arjuna Award
2. Play / Learn Golf under his expert guidance
3. Prizes
4. Post event Networking over some mouth watering snacks

**No prior golf knowledge is required

Profile :
Shiv Shankar Prasad Chawrasia (born 15 May 1978), commonly known as S.S.P. Chawrasia, is an Indian professional golfer. Since 2008 he has won six Asian Tour events, four of which were co-sanctioned by the European Tour. He has had particular success in the Hero Indian Open where he was runner-up in 1999, 2006, 2013 and 2015 and winner in 2016 and 2017. Nearly all his success has been in India; his only win outside India being the 2016 Resorts World Manila Masters. At the end of the 2014 season he asked the Asian Tour to change the spelling of his last name, previously Chowrasia, to Chawrasia, the spelling that is on his passport.