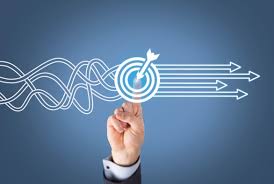 Acquisition or exit for IT/data businesses with revenue ...

Startups often canâ€™t raise money from outside investors without an exit strategy. Likewise, there is no magic formula to make mergers and acquisitions successful.

The June 21st event will have an esteemed list of panel of CEO/Founders who sold their companies.

Raj is the founder and CEO of SpectraMedix, a company with clinical analytics solutions to transform real-time data into predictive, actionable analytics.

Previously he founded HealthAtoZ, a top online wellness and population health management platform with deep analytics capabilities. HealthAtoZ was acquired by OptumHealth, a division of UnitedHealth Group in 2006.

Raj is a former emergency physician and associated as Fellow of the Royal College of Physicians and Surgeons in the UK. He serves on Board of Trustees of the University of Sciences in Philadelphia, and a Lifetime member of AAPI. Last but not least, he is the founder of TiE New Jersey Chapter.

A Deloitte Fast 50 and 5 time INC 500/5000 ranked serial entrepreneur, Suresh is deeply immersed in entrepreneurial practice, research, learning, and policy. He is the key founder of multiple high-growth technology startups, which he led to successful exits.

Suresh is an advisor to several social sector organizations that are focused on large scale social change including Ashoka and South Asian Americans Leading Together (SAALT). Suresh's teaching experience includes Mentor at Columbia Business School; and Lead Instructor for the Lean Startup Program at the SBDC, Rutgers Business School, NJ .

Among his current roles, Suresh serves as Senior Advisor to Chairman and CEO of 8K Miles Group, a fast growing Silicon Valley based secured cloud and healthcare Blockchain solutions firm; as managing partner at American Bounty Ventures, an angel investor group; and as Professor of Practice- Innovation and Entrepreneurship at NJIT.

Raj is a recognized global business leader with over 25 years of experience in the Information Technology space. He is currently the CEO of Orion, a fast growing technology services firm with over 1,500 associates.

Over the years, he has successfully led large global organizations, transformed midsize firms into high growth companies and as an entrepreneur founded companies in the Digital space. Prior to his current role, he was the President & COO of LiquidHub, a technology firm based out of New York. Previous to that he co-founded aSpark Inc, which was acquired by LiquidHub. His background also includes several senior leadership positions with MphasiS, an HP company, leading its BPO division with over 18,000 employees as the President and also as its Global Chief Sales Officer leading a billion dollar sales team. Raj serves on several boards and actively mentors entrepreneurs, specifically focused on cross-border initiatives.

Sandeep, as Chairman, is responsible for setting Esteeâ€™s direction, sustaining a winning culture and developing profitable investment strategies. Estee group of companies runs arbitrage funds and does market making activities in emerging markets around the world.

Prior to Estee Advisors, Mr. Tyagi was the CEO of Inductis, a consulting and analytics outsourcing firm that he founded in 2000. In July 2006, Inductis was merged with EXL Service, a NASDAQ listed public company. Sandeep is a Board Member of SpectraMedix and Strand Lifesciences and serves as a Senior Advisor to Internex Capital. He is also a board member of the Indian Institute of Technology, Delhi Excellence Foundation. He has received numerous awards including 40 under 40 for New Jersey and the Distinguished Alumni Service Award from IIT Delhi. Sandeep holds an MBA from Columbia Business School and a B-Tech in Computer Science from IIT, Delhi. He also holds a Certificate in Quantitative Finance (CQF).

What were the considerations that led them to the decision and the process they followed to conduct the sale -- challenges/pitfalls to avoid and opportunities to maximize the return?

Lessons for Sellers but also for Buyers interested in acquiring such businesses to scale their own.

If you are an entrepreneur or intend to start one, you won't want to miss this very interesting event!!!