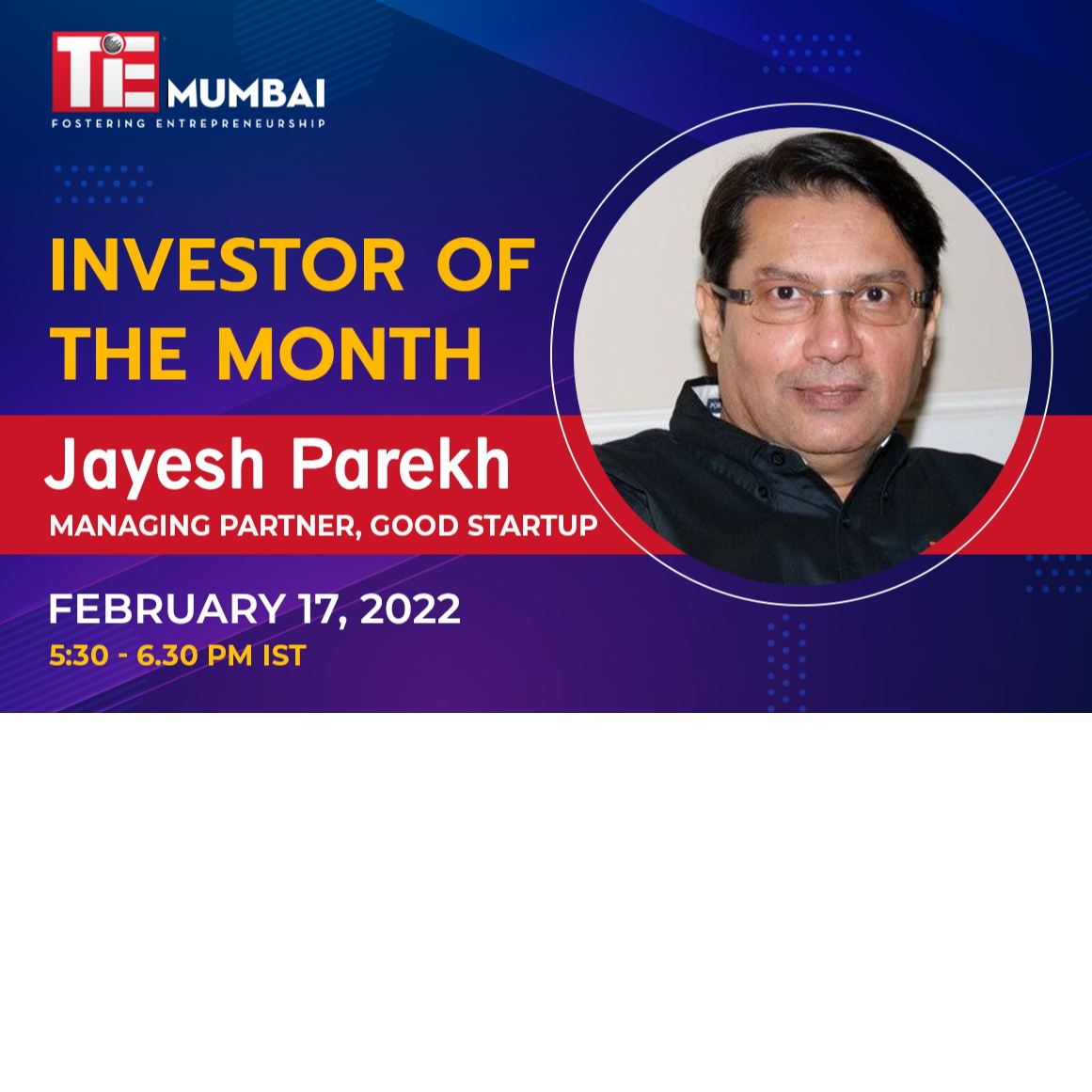 Investor Of The Month With Jayesh Parekh , Managing Part...

Jayesh is a Managing Partner at Good Protein Fund, a venture capital fund that invests in Alternative Protein companies worldwide.He was a co-founder of Sony Entertainment Television, a major television network of Sony Pictures Entertainment, which he successfully exited in 2013. He is a Senior Advisor at Jungle Ventures, a Pan-Asian Venture Capital technology fund based in Singapore. He was a Managing Partner for Jungle Ventures Fund I and II. Jayesh is on the board of Sanctum Wealth Management, One Animation and Milaap. He is on the Board and a member of the Investment Committee of Aavishkaar India II Fund, Aavishkaar Africa Fund and Aavishkaar Frontier Fund, which are social impact venture funds.

He spent over 12 years at IBM in Houston and Singapore; and was part of the team that brought IBM back to India. Jayesh holds a Bachelor’s degree from Maharaja Sayajirao University of Baroda and a Master’s degree in Electrical Engineering from the University of Texas at Austin. Jayesh is a published author of “What Shall We Do With All This Money?” He is a co-producer of “Jhalki”, a film inspired by Nobel Peace Prize winner Kailash Satyarthi. He is an Entrepreneur-in-Residence at INSEAD; on the Board and Charter Member of TiE Singapore; and a member of AngelList & Indian Angel Network. Jayesh’s hobbies include singing & traveling and he enjoys skydiving. He is on the Advisory Board of Akhand Jyoti Eye Hospital in Bihar, a passion project for him.