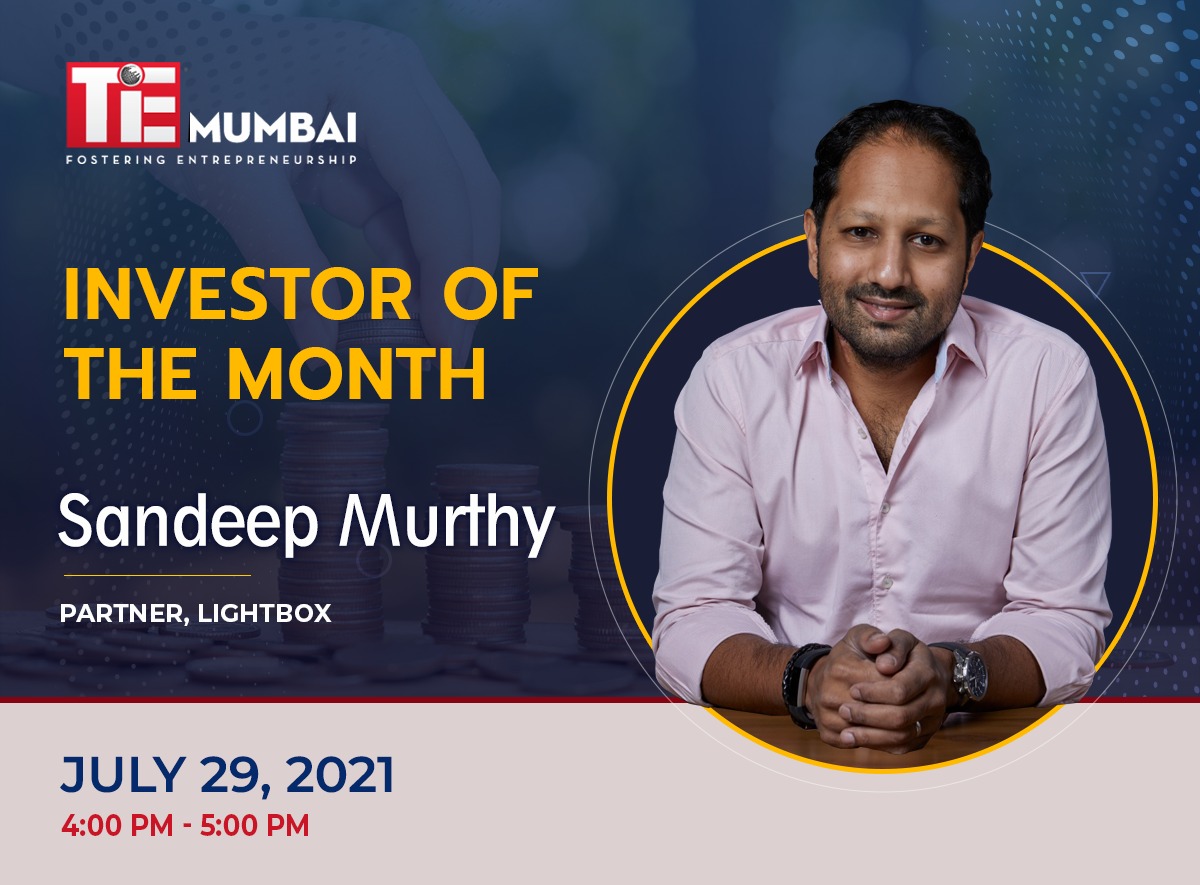 As an early investor in InMobi and InfoEdge two of India's billion-dollar technology companies, Sandeep Murthy is one of the builders of India's Internet economy. He hasn't just seen the highs and lows play out as an investor, but actually roughed it out in operational roles including one as the CEO of Cleartrip in 2006 for three years.

A dreamer from the start, who doesn’t believe in choosing between “this or that”  he did his undergrad in both business and engineering from the University of  Pennsylvania. Like all good Penn grads, he dove into investment banking.  However, since it was the height of the dot.com boom, he did it a little differently by moving out to Palo Alto, California to join CSFB Technology Group.

He teamed up with a friend to build a digital music company that was incubated by Sony Music and ended up selling the company to Sony after the Internet bubble burst. Sandeep lived the Bay Area dream for a few years before moving to New York to join InterActive Corp (IAC) the owners of Expedia, TicketMaster, and Home Shopping Network where he helped launch Gifts.com. He started to explore the Indian technology opportunity and ultimately moved to Mumbai to manage investments for Sherpalo Ventures, a fund based out of Menlo Park in  California.

Most of his time is spent figuring how to make something unprecedented happen. With an all-in, nothing-held-back style, he loves diving in, getting to the heart of the matter, trying new things, and getting as many people as possible involved. In a somewhat unpredictable market, Sandeep’s investment success stems from a combination of deep product instinct and unconventional thinking.