TiE Melbourne invites you to the next edition of our very popular "Entrepreneur showcase", featuring real-life entrepreneurs presenting their stories.  We have 3 speakers each representing different stages of the enterprise lifecycle, who will talk about their journey to-date, as well as outline their growth aspirations and strategies - a fascinating look into the mind of an entrepreneur at these different stages. 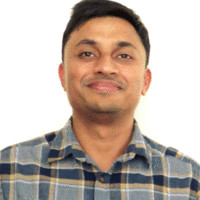 Rajib joined Q-CTRL at an early start-up stage, which aims to help corporate clients perform like they have an expert team of quantum control engineers without having to build their own. Quantum technology that harnesses the strangeness of quantum physics, will be as transformational in the 21st century as electricity was in the 19th century. Q-CTRL's lab-validated solutions can be applied across multiple industries, from defence to aerospace - Reduce decoherence. Increase fidelity. Take control.

Sandhya is a Biotech, Pharmaceuticals and Agtech professional with a track record of over 20 years executing successful deals and partnerships, and a PhD in Molecular Biology from the University of Manitoba, Canada.  Sandhya has held senior roles at MTPConnect, the Industry Growth Centre for Medical Technologies and Pharmaceuticals, Victorian Government and Confederation of Indian Industry – India’s premier industry peak body. She recently took the entrepreneurial plunge with the purchase of Bellarine TechBio, and will talk about her journey leading up to this decision, and her aspirations for the business.

Simone is co-founder of Aurora Early Education, an Exceeding Standards Childcare organisation which is dedicated to creating a more peaceful, connected and loving world for the next generation.

They setup the first Aurora early education centre in Rowville in 2017, and have recently built their second centre in Doncaster, due to open in mid-August.

Simone is a Member of TiE Melbourne.