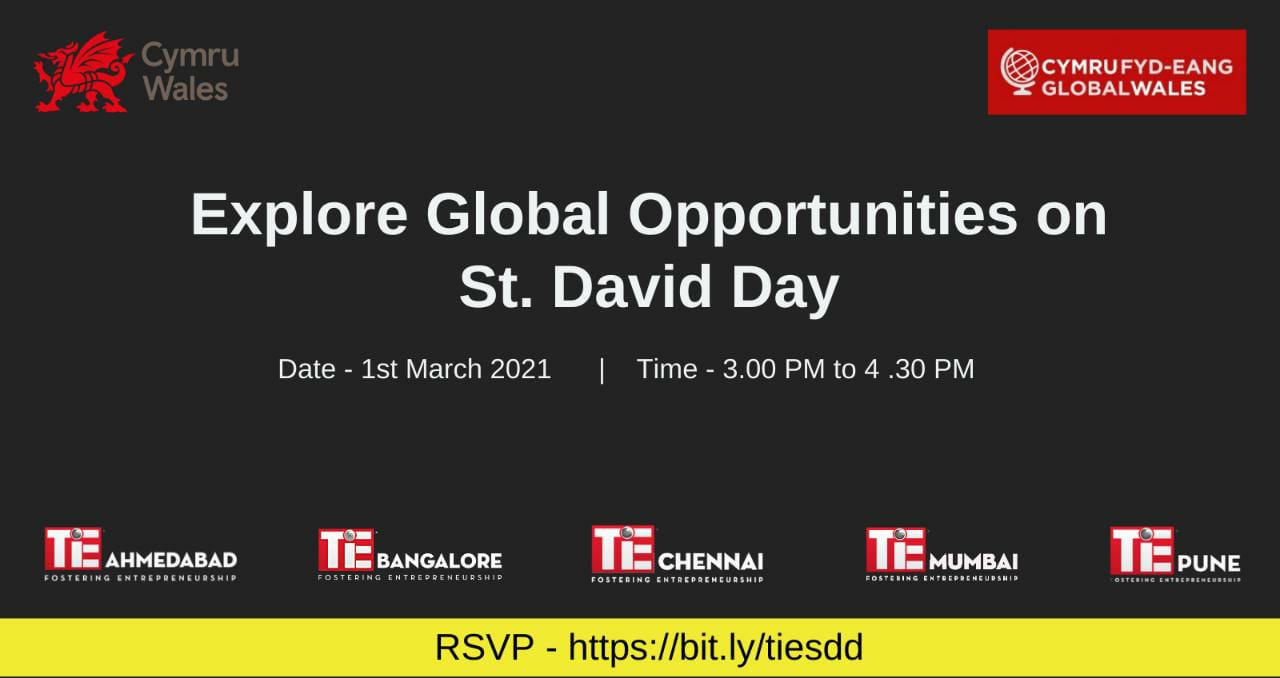 Explore Global Opportunities on St. David's Day
We would like to invite you to celebrate St. David’s Day, the National Day of Wales, on March 1, 2021. The session aims to introduce the participants on the advantages of living, working, and studying, as well as investing in Wales.

Join us for an enlightening session, which will discuss everything you wanted to know about Wales!

Moderator:
Bob Herritty
Bob is a Welsh native with a long history of working in international businesses. He has a BSc Chemistry from Royal Holloway College, University of London and joined Chloride Batteries directly in their Middle East and Africa section in 1982. Bob spent 15 years in the North American battery and power business with Saft. He returned to Wales in 2003 and joined Alcatel (Nokia) to lead the global team supplying telecom networks to transportation infrastructure worldwide. In 2011 Bob moved his home to Hyderabad and joined HBL to lead the international sales team. HBL are a leading battery and engineering company in India. In addition to his role in India, Bob is also Managing Director of HBL Germany GmbH and the CEO of HBL America Inc

Sumit Mullick
He is State Information Commissioner in the Maharashtra Government. He is an IAS officer and one of the state’s most senior bureaucrats.  He previously served as the addition Chief Secretary and as the Chief Protocol officer in the General Administration department of the Maharashtra Government. He is the alumni of Swansea University

Dr Shiv Subramaniam
Shiv has a Ph.D. in immunology from the All India Institute of Medical Sciences .and has worked at the School of Medicine, Cardiff University. Shiv worked in Indoor Biotechnologies in UK and later set up their Bangalore office to cater to the Asia Pacific market in the areas of immunology and allergy.

Dr Shibu Raman
Dr Raman is a lecturer of Architecture and Urban design in Cardiff University and is the founder director of City-Form Network which is involved in international collaborative research on sustainable urban form and relationship between urban form and quality of life. He runs a studio for his students called ‘Liveable Urbanism’ which concentrates on studying Indian cities.

Sankhadeep Das
He is the Founder and Head of Sales at Lattice Build Technology. Sankha did his MBA at Cardiff University. After returning to India he founded ALONG and Brickequity. He is currently working on expanding his latest company called Lattice build Technology. He has chosen Cardiff to expand his business in the UK.