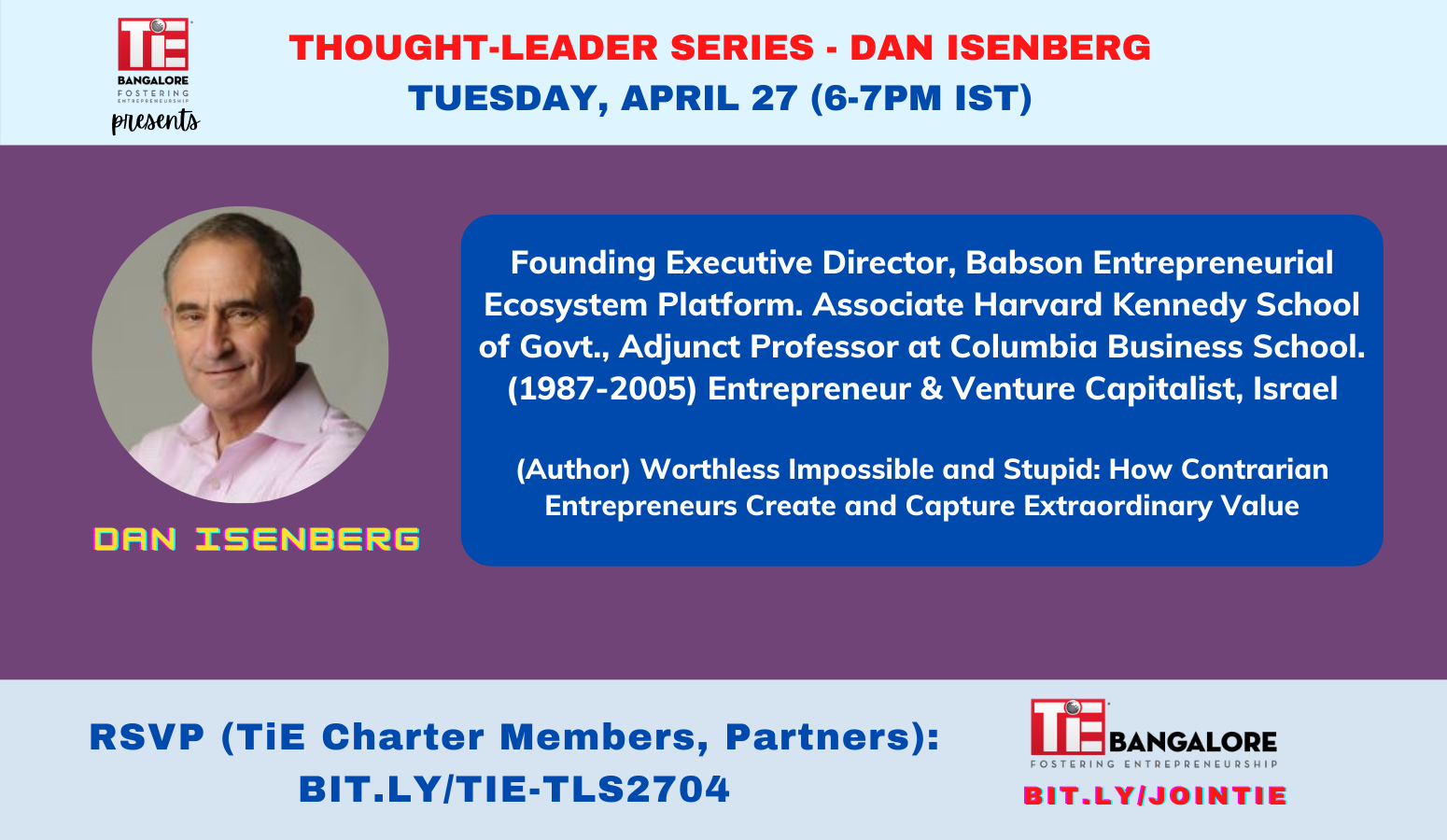 About Dan Isenberg:
Dan Isenberg (@danisen) is founding executive director of the Babson Entrepreneurship Ecosystem Platform, Associate at the Harvard Kennedy School of Government, and Adjunct Professor at Columbia Business School. From 1981-7 and 2005-9 Dan was a professor at the Harvard Business School, and in the interim (1987-2005) was an entrepreneur and venture capitalist in Israel.

Dan authored Worthless Impossible and Stupid: How Contrarian Entrepreneurs Create and Capture Extraordinary Value(Harvard Business Review Press 2013), published over 30 online and print articles on entrepreneurship in the Harvard Business Review, and has been featured in the Economist, Forbes, NPR, Bloomberg, Quartz, Wall Street Journal, Financial Times, etc. Dan has been a pioneer in the concept and development of entrepreneurship ecosystems, and he launched and directs Manizales-Mas and many other Scale Up ecosystems around the world.

Between 2009-2013 Dan was active in the World Economic Forum and conducted Forum events in Davos, Africa, Europe, and China. In 2012 Mikhail Gorbachev awarded Dan the Pio Manzu Award for "Innovations in Economic Development." He holds the Ph.D. degree in social psychology from Harvard University, received under the mentorship of Robert Freed Bales.

New to TiE? TiE Members are entrepreneurs and aspiring professionals interested in forming a new business, taking their startup to the next level, learning new trends in the marketplace, or networking and successfully moving ahead in their careers.
Become a part of the community today!