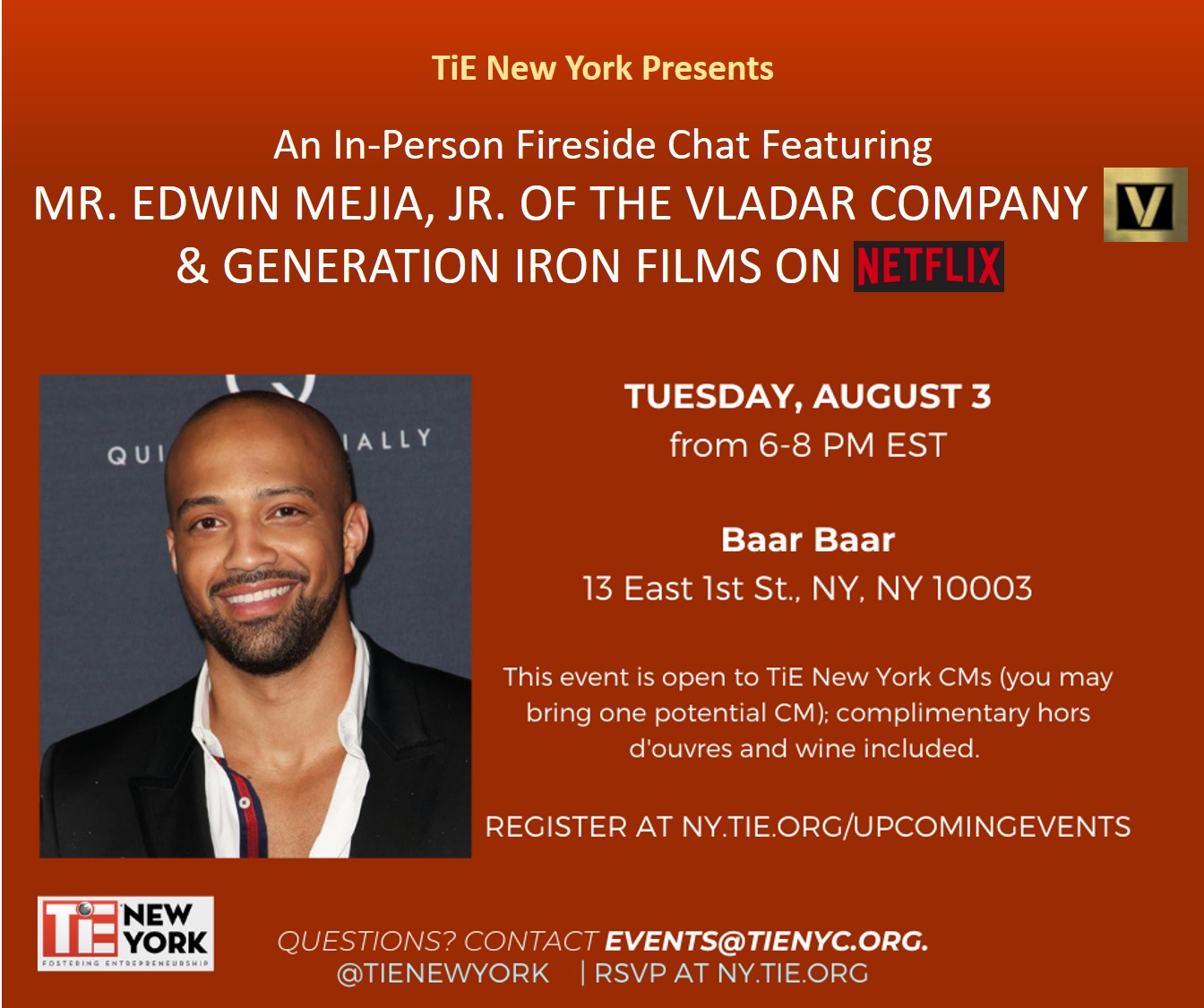 We're thrilled to announce that our August Charter Member Event will take place IN-PERSON on Tuesday, August 3 at 6PM EST at Baar Barr. Our featured speaker will be Edwin Mejia Jr.

Mejia is responsible for producing the 2014 award winning film, “Generation Iron,” alongside Director, Vlad Yudin and Jerome Gary (Pumping Iron). Narrated by Academy Award Nominee, Mickey Rourke, the film became the top 5 highest grossing doc at the box office in 2013. He negotiates all domestic and foreign sales. He has Executive Produced the Mr. Olympia Show in Las Vegas and the Arnold Classic Broadcast.

Prior to partnering with Vlad Yudin, Mejia spent over 6 years working on Wall Street in Finance with Lehman Brothers, Smith Barney and Fidelity Investments. During his 6 year tenure in Finance, he managed over $4 billion of Commercial Real Estate Holdings, the funding of warehouse lending lines of credit for Lehman Brothers and managed a portfolio of over 700 private and institutional accounts at Smith Barney. He currently serves as Treasurer and Board member at BronxNet TV.

We hope you can join for this exciting event!