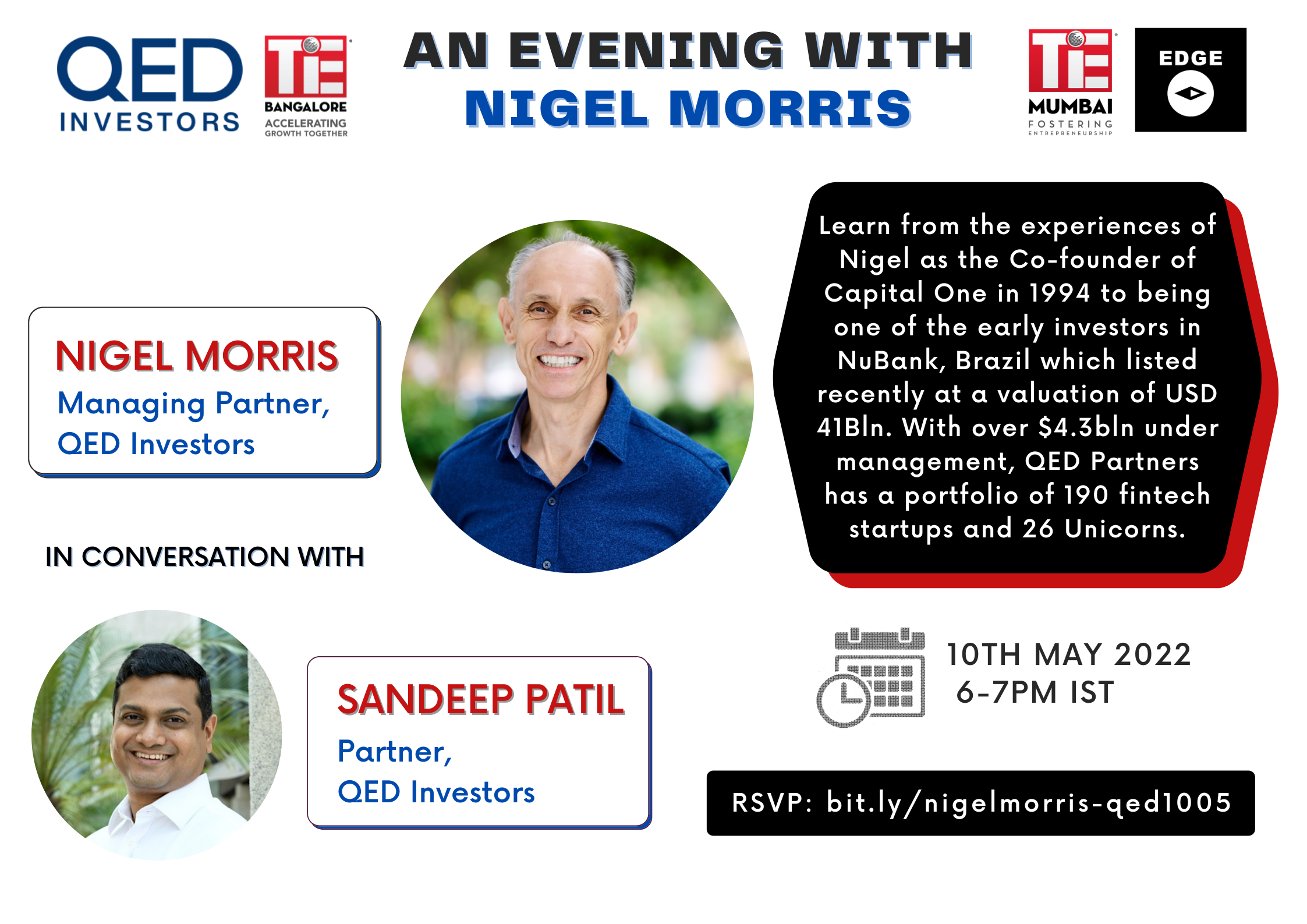 Learn from the experiences of Nigel as the Co-founder of Capital One in 1994 to being one of the early investors in NuBank, Brazil which listed recently at a valuation of $41Bln. With over $4.3bln under management, QED Partners has a portfolio of 190 fintech startups and 26 Unicorns.

Nigel is the Chairman of ClearScore and Mission Lane and serves on the boards of Remitly, AvidXchange, QuintoAndar, Bitso, and Amount. Additionally, he serves on the board of Ideas42 and Scotia’s Digital AdvisoryCouncil, and he works in an advisory capacity with General Atlantic and Oliver Wyman. Nigel previously worked on the boards of Capital One, The Economist, Brookings, National Geographic, Klarna, Braintree, TransUnion, and LondonBusiness School. He frequently keynotes at industry-leading conferences, including Money2020, LendIt, Finance Disrupted, and the Bernstein AnnualFinancials Summit.

Prior to QED, Nigel co-founded Capital One FinancialServices in 1994. Under Nigel’s leadership as President and Chief Operating Officer, Capital One pioneered an information-based strategy that transformed the consumer lending industry.

Although Nigel grew up mostly in England, he takes immense pride in the fact that he is at least half Welsh. He has an MBA with distinction from London Business School, where he is also a Fellow. Nigel was recognized as a Top 100 Venture Capitalist by CB Insights in 2019 and a Midas List member in 2020. He is an avid cyclist, but he is happiest when he is at home in Virginia with his wife, four children, and three grandchildren.